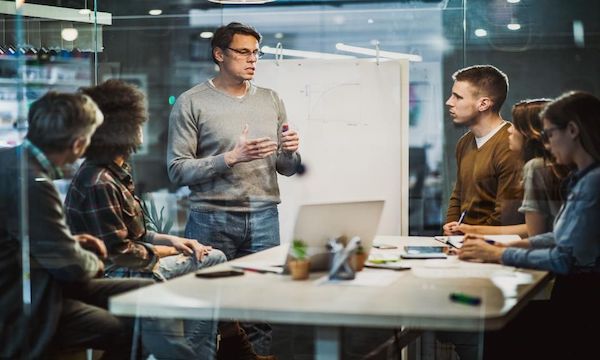 When Assertiveness Turns to Destruction

Assertiveness is an important trait in leaders. It's the force that pushes new ideas, does moonshots and leads people to achievement they didn't know they were capable of.

Assertiveness shows up when a leader demands better results, negotiates better deals, insists on new paths forward and questions why something isn't happening or wasn't done.

However, assertiveness without curiosity and understanding unintentionally holds organizations and other people back. This is especially true when the assertive leader holds formal authority in positions like CEO, president or senior vice president.

Imagine a CEO who believes the way to get the best from people is to always question what isn't being done or why people aren't getting better results. They are often heard using implied ridicule in phrases like "that's a stupid idea" or "what lamebrain did that?"

The middle managers who work for one such CEO tell me, "When I go into our staff meetings, I just pray it's someone else who's going to get thrown under the bus. It's a really uncomfortable feeling." The result in this organization is that people purposely don't innovate because they risk being thrown under the bus. Another unintentional consequence is that the executive team members don't work with one another because they believe the only thing that is measured is their department's performance and the opinion of the CEO. People stay because they believe in the vision and personally like the leader. Eventually, though, they either burn out or the CEO fires them because "we need someone better."

This environment does not necessarily lead to bad results if the business plan is good. The shame is it leads to results that are far below potential compared to an environment where people are encouraged, respected and want to collaborate to get the best results.

Another CEO is equally likeable and everyone wants to do their best for him. His assertiveness also shows up in a destructive fashion because he sets unrealistically high goals and then implicitly berates the team for not achieving them. This leads to team members forming cliques, throwing others under the bus and working hard to curry favor with the CEO.

In each case, the CEO is totally unaware that they are contributing to the subpar results. The blame on others keeps them from having to face their role in the situation.

The great therapist Virginia Satir labeled this assertiveness as a coping strategy. By blaming others, individuals do not see themselves as being responsible for the poor outcome. This coping strategy allows them to manage their fear of incompetence and avoid looking incapable. They usually learn these coping strategies from a parent early in life.

When the assertiveness coping strategy is combined with curiosity and encouragement, it can result in powerful and successful leadership. Imagine this leader saying, "We can all see the results are not where we need them to be; let's brainstorm about the root causes and what we can do as a team to address them." This is assertiveness channeled to the positive. It's not about being nice; it's about making an assumption that people are doing the best they can with what they know and the resources they have available.

The encouragement part of assertiveness reaffirms to those in the organization the CEO's belief that they are good, trying hard and capable of getting better results.

If you question whether your assertiveness is constructive or destructive in your organization, look around you. Is there evidence of teamwork? Are people innovating to get best results? Is the team fighting fires or preventing them? And finally, ask your team members in an authentically curious way how your assertiveness is landing. How do people feel when you are upset with results and ask lots of questions?

So reflect on the health of your assertiveness style. It can either shut people down and destroy results or encourage and enable people to create even greater results. The choice is yours and only requires an investment in awareness.

As Published on Forbes.com